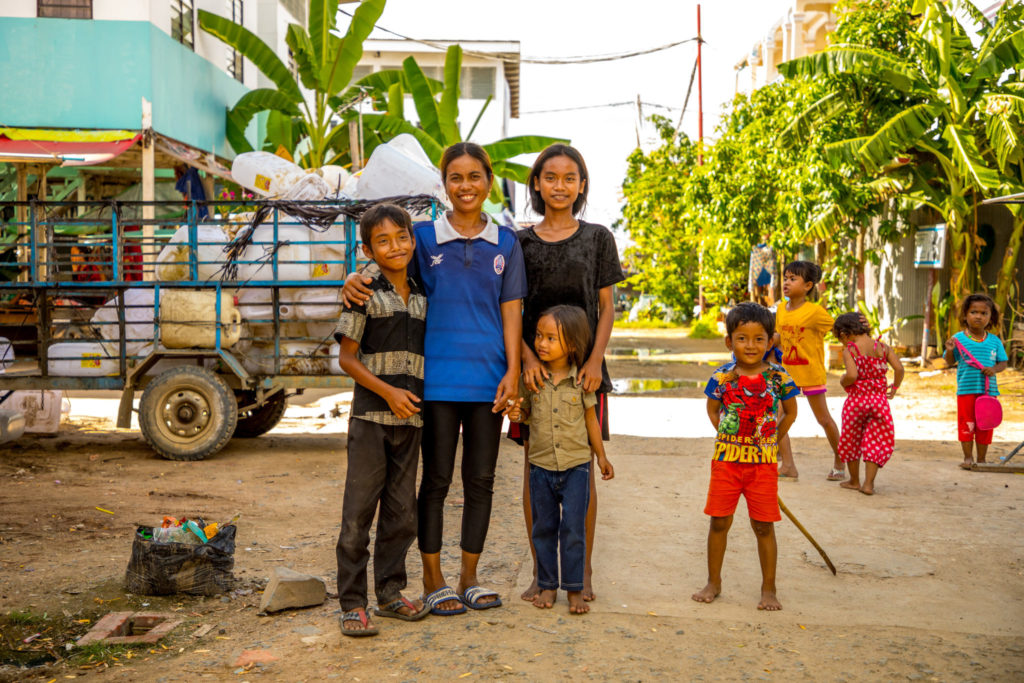 Growth After Trauma: Neuroplasticity in Action 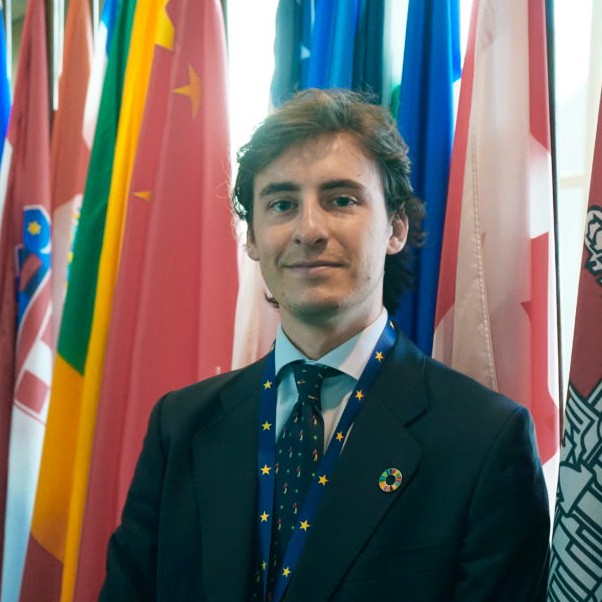 “Prah, a PSE Student, and His Family” photo by José Sánchez Galindo

Within our brains, “nerve cells—called neurons—signal to each other, forming connections that enable everything from bodily movement to thought and emotions. These networks are “roads” of sorts, and the more often they are used, the more established they are in the brain,” explains Dr. Richard J. Davidson in his book “The Emotional Life of Your Brain.” Through neuroplasticity, which in the author’s words is, “the ability of the brain to change its structure and function in significant ways,” we adapt to our environment and the challenges we face during childhood and throughout our lives, which shapes our ways of thinking and responses to emotions and setbacks.

Through mental activity and cognitive-behavioral therapy (CBT), we can strengthen the neural connections between regions of the brain, including the ones that play critical roles in developing the different skills of Emotional Intelligence, building new habits, and modifying behaviours. These areas of the brain are the prefrontal cortex, in charge of reasoning, logic, analysis, planning, and anticipation; the amygdala, involved in negative emotions such as fear or anxiety; and the nucleus accumbens, which activates with positive stimulus like motivation and reward, among others.

Trauma and Emotional Intelligence in Cambodia

These regions are exactly the ones affected by trauma, extreme-violence, and poverty, which negatively influence the mental health of entire generations after a war—or, in Cambodia’s case, a genocide—and shape the emotional brain of their future children. Nowadays, numerous children in Cambodia, like many of the students from the NGO “Pour un Sourire d’Enfant” (PSE)—that turns Cambodian children away from defeatism and violence—struggle with an inability to concentrate, low self-esteem, impulsivity and severe mood swings. This is likely due to under and over-activation in areas of the brain that include the prefrontal cortex, the amygdala, and the nucleus accumbens.

Children who endure prolonged trauma and/or violence suffer from over-activation of the amygdala, while “the prefrontal cortex sends inhibitory signals to the amygdala instructing it to quiet down,” according to Dr. Davidson. The contrary happens with many Cambodian children whose brains acclimate to violence and are shaped by it from an early age. The story of Pali, a PSE student, is a disturbing example of this. She once excused her absence to the summer Program the day before because her mother, tired of her drunk husband coming home every day and beating her and her daughters up, decided to murder him. Pali had to bury her dad while her mother had to work.

Empathy and Resilience in Cambodian Children

Children who go through extreme adversity respond in different ways depending on multiple environmental and genetic factors. Some become more resilient, others less so. Children who are socialized to violence and stress from a young age—like Pali may experience brain changes such as a decreased activation of the amygdala resulting in weak neural connections to the prefrontal cortex. The upshot of these brain changes is children don’t develop the ability to plan before they act—like climbing trees to get a piece of fruit without considering the risk of falling or using violence to fulfill their needs. There is a decreased ability to perceive fear. Similarly, due to this low activation in the amygdala, students tend to have a lessened ability to understand or feel the pain of others, respond to other’s emotions, and have a much greater likelihood of having unhealthy relationships in adulthood.

I witnessed this lack of empathy when I was once talking to Srey Phea and Dalin, two fifteen-year-old girls who study at PSE, and realized that their third friend, named Kunthea, was crying alone in a corner. I asked them if they knew what had happened to Kunthea—the three of them had been best friends for years. They had not tried to help her or ask what was wrong. Their actions seemed to demonstrate an inability to respond empathically.

Children with low resilience as a result of trauma suffer from long-lasting brain changes and struggle to “turn off” their negative emotions and thoughts. They have higher rates of “amygdala hijacks,” as Dr. Goleman calls it, and higher rates of depression. Research shows children suffering from depression tend to lack strong connections between the prefrontal cortex and the nucleus accumbens—which receives signals from the prefrontal cortex with instructions to intensify and maintain the positive emotions that the nucleus accumbens sends. Without this connection, it is very difficult to sustain satisfaction, experience joy or pride, and anticipate and plan for the future. Because of this, the less resilient Cambodian children suffer from emotional roller-coasters and struggle to sustain happiness.

From Theory to Practice

Working with Cambodian children strengthened my conviction to learn how to develop Emotional Intelligence in myself and others. I enrolled as a participant in the 2019 Goleman Emotional Intelligence Coaching Certification Program (EICC). This gave me the confidence to design a plan to introduce Emotional Intelligence at PSE during summer vacation—the NGO organizes Education Continuity Programs to avoid having students return to the initial situations they were found in and rescued from. I came up with multiple games, activities, and workshops to help strengthen the neuronal emotional highways of more than 3,000 Cambodian children. During August, and thanks to the support of more than 200 volunteers involved in the programs, PSE conducted activities designed to reinforce the areas of the brain in charge of empathy, resilience, and emotion regulation.

To strengthen connections from the amygdala to the prefrontal cortex and develop empathy, children must focus on emotions—especially negative ones—that someone may be feeling as a result of a setback. Activities we carried out at the NGO included:

Srey Phea, one of the three friends that I mentioned earlier, shared her personal story during a workshop dedicated to the importance of friends. Later, she shared her appreciation toward her best friends, who took care of her since she arrived at PSE when she was a child. After some questioning, she realized the importance of nurturing relationships and taking care of the people she loved the same way they did for her.

By saving ten minutes after any activity, both in the classroom and at home, to talk about how the child felt and discuss possible ways to respond differently, we can teach children how to be more self-aware and empathetic.

To strengthen connections from the prefrontal cortex to the amygdala and the nucleus accumbens and develop resilience, children need to practice cognitive reappraisal. This type of cognitive training teaches children to acknowledge negative thoughts that do not serve them well when going through adversity in order to challenge them and focus on what they really have control over. This enables children to build healthier emotional patterns. Exercises we designed for Cambodian children included:

All of these activities help the prefrontal cortex to inhibit the amygdala when it activates and sustain positive emotions from the nucleus accumbens, allowing children to be happier and develop resilience.

Lastly, children can benefit from mindfulness meditation—which is a form of meditation in which we practice nonjudgmental, moment to moment awareness—due to its regulative effect on the mind. Mindfulness modifies old habits by creating new neural pathways that help the children become more resilient. This enables children to let negative thoughts go, increases their ability to focus, and enables them to recover more quickly from amygdala hijacks.

Building empathy and resilience through Emotional Intelligence is crucial for improving post-conflict countries’ sustainability, development, and the well-being and happiness of their people in the short-run, while accelerating their social and economic recovery in the long-run. Teaching Emotional Intelligence in schools means teaching the necessary skills for living a happy life. Many schools around the world have already implemented Social and Emotional Learning curriculum into their classes, and have improved students’ performance, social lives, and emotional stability, as research shows.

If you would like to learn more about other activities and exercises that build Emotional Intelligence by strengthening neural connections, check out these resources: 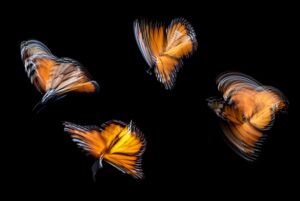 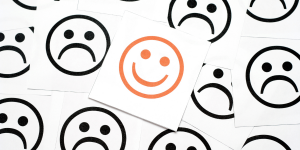